There’s been a lot in the news lately about huge settlements that big companies have made for employment law issues. Whether it be for misclassification of workers or violation of wage and overtime laws, businesses continue to pay large fines for not following employment laws. For example, Uber drivers recently filed a class action lawsuit claiming they have been misclassified as independent contractors and are entitled to be reimbursed by Uber for expenses such as gas and vehicle maintenance. This lawsuit was costly. Uber agreed to pay $100 million to settle independent contractor misclassification claims.

Another example is when Epic Systems (a Verona, WI based medical software company) reached a
$5.4 million settlement with employees on overtime pay. In this example, past and present employees who worked at Epic Systems did not receive overtime wages in which they were entitled.

Closer to home, a chain of restaurants in the Fox Cities was recently ordered by a federal court in Green Bay to pay employees $350,000 in back wages that were unpaid. What’s worse is that the company (and its individual owners) were also required to pay an additional $350,000 in damages.

So why are we talking about this? Because the importance of understanding employment law is not only critical to large companies, but it’s important to all companies. Business owners must understand the serious consequences of violating the law and ensure they have appropriate policies and procedures in place. 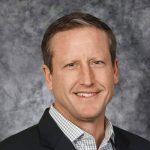