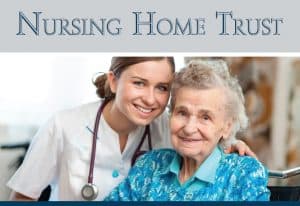 People often believe that when they enter into a nursing home, it is too late to do any planning. However, this could not be further from the truth.  The truth is it’s never too late to legally protect assets.

Just the other day, we helped a client who was already in a nursing home. We gifted part of her estate to her family while she remained eligible for government assistance to pay for her nursing home care.

The client entered the nursing home in January.  We were contacted in April in regards to protecting some of her assets for nursing home.  Her assets were around $130,000.00 and kept in money market accounts.  We used a Medicaid Compliant Annuity which allowed her to gift approximately $58,000.00 to her family.  The remainder of the money will go to pay for her nursing home payments for the next 6 months.  During this time period, we will apply for government assistance which will continue making the payments to the nursing home after her 6 moth payment period expires. This example demonstrates that it is never too late to plan for nursing home.

Cases like this happen all the time, people enter a nursing home and loved ones assume that they it’s too late to do any asset protection planning. Don’t assume that it’s too late! Unless your assets are already gone, it’s never too late.

A phone call to learn about asset protection from nursing home costs won’t cost a thing…but not making that call could cost everything.